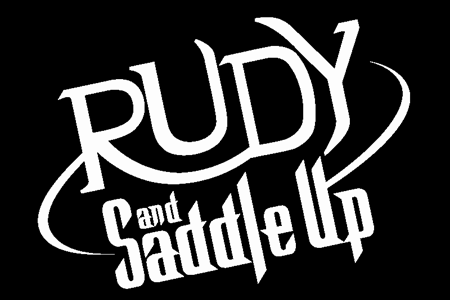 "Rudy & Saddle Up! This band has a song list and stage presence that really gets the crowd going! Having them open for [Canadian Country Recording Artist] George Canyon recently (2011) was a pleasure for sure. Great band, great songs, energy and great playing makes for a complete package for entertainment, fun and talent! Keep an eye on this group … they will be around for a while! "

"Rudy & Saddle Up provided an excellent fit with our celebration of the 180th anniversary of the Kingston Fair. As alumni [Rudy] of the Country Singing Showdown held during the Kingston Fair, their musical talent is well known in the Kingston and surrounding communities so it was great to have them back again. Rudy & Saddle Up’s sheer enjoyment of performing for the audience was infectious as many in the audience could be seen singing along, clapping to the beat, tapping their feet to the beat and even dancing on the floor space in front of the stage. Their repertoire of songs appealed to all ages and their energy spread to the crowd. The Kingston & District Agricultural Society is pleased to have had Rudy & Saddle Up show case their talent and share their musical success at the Kingston Fair for all to enjoy."

"We were so pleased with the performance of Rudy & Saddle Up.  We came into it unknown and left overwhelmed with pleasure.  The band was very organized, on time, and friendly.  The audience was entertained and motivated to dance, before the fireworks display.  It made our Canada Day festivities a hit!  I would definitely consider using them again."
Vicki Hallam
Manager of Programs and Special Events
Dept. of Parks, Recreation & Culture, Town of Greater Napanee

"Having Rudy & Saddle Up perform at Lower Beverley Lake Park was an excellent way to celebrate Canada Day. The performances were very professional and our campers were thoroughly impressed and well entertained throughout the afternoon. We will definitely make Rudy & Saddle Up part of our 2009 summer music line up at Delta Park. Incredible!"
William Morris, A.M.C.T.
Park Coordinator
Lower Beverley Lake Park Management Board
Township of Rideau Lakes

"Rudy & Saddle Up performed at one of our biggest events of the year. Picking a country band was a first for the association's events. Having planned the event, Rudy & Saddle Up made the evening a success for me... I couldn't have been more pleased with the reaction of our members. I've never seen the members get up and dance so early in the evening. The energy, the music and how the band interacted with the crowd was awesome."

"Rudy & Saddle Up were the best; everyone at the Corriano Club at CFB Petawawa had a blast! We don't usually have bands more than once but everyone has approached me and they want the boys back again. We all had a blast with Rudy and the band. The music was awesome. The place was rocking. Thanks for the Party!!"

"Thank you for a very successful Saturday night at Raxx [Kingston]. The capacity crowd demonstrated their appreciation of your interactive performance and a great blend of country and rock by keeping the dance floor full and my bar staff busy! Rudy & Saddle Up are a welcome addition to the Raxx regular band roster. See you in May."

[Perform in regular rotation now since 2008]

“Rudy & Saddle Up set off fireworks and lit up the City of Pembroke at their Lasso Saloon debut Saturday night, March 1st, 2008. Entertained the Lasso Faithful with awesome tunes, terrific voice and his interaction with the crowd. The dance floor was packed from start to finish. Kicked off St. Patrick’s Month with a bang at the Lasso Saloon. You know there's a party when Rudy's in town.”

"What a show and what at party! As the person responsible for bookings [live entertainment] I couldn't have be more pleased. Bass Cove Campground was the place to be on August 7. Rudy and the guys put on an amazing show and everyone loved them. Thanks!"